My daughter started crying every evening for hours when she was 4 weeks old.  We tried everything, changing her formula, using colic mixtures, different drops but nothing worked.  When she was 8 months old, after bringing her to many consultants who repeatedly told me she would grow out of it. Colette Trout was recommended to me.  After checking my daughter, Colette discovered that her pelvis was tilted inwards which was shortening her colon and intestines causing her the pain.  After the first few sessions she was very uncomfortable for a few days as the toxins were released, but after her fourth session we saw a huge improvement.  We continued to have more session as she was so long in this position. Colette found that the back of her head was very flat also which was the result of a very quick birth.  This meant that all functions in the head and spine were off line causing her more problems.

After Colette worked the cranial on her head you could physically see the difference in the shape. Our daughter is so much happier and settled since we brought her to Colette.  She sleeps most of the night now without any pain.
I was so impressed with Colette and her knowledge of the body and head and how it works that I attended her myself and also brought my 4 year old son.  My son was becoming increasingly anxious anytime my husband or I left him with someone else, even for a short period.  This was due to the recent loss of a close grandparent. He was very dependant on the two of us and he was having lots of tantrums! He had four sessions with Colette and he is like a different child.  I myself attended Colette for back problems that I have had for a long time and have had great success.  I cannot recommend Colette highly enough.  I have told many of my friends about her who have attended themselves for treatment and brought their children, all with great results.  What ever she does she does it brilliantly! 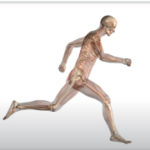 07/04/2015 My daughter started crying every evening for hours when... END_OF_DOCUMENT_TOKEN_TO_BE_REPLACED

07/04/2015 My daughter started crying every evening for hours when... END_OF_DOCUMENT_TOKEN_TO_BE_REPLACED